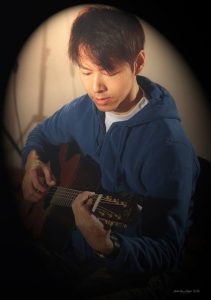 Scott Su is an indie guitarist, producer and musician. For years, he has been in music production businesses including music album publishing, arrangements, songwriting, and guitar music recording.

He began composing his own music as well as recordings after becoming an indie musician in 2009. He writes music to care and voice for the world, and to touch people’s hearts: his first guitar music album – “No Flowers on Island”, was produced to send messages of “Freedom” and “Honesty” to this world.

He also began writing musical & guitar books to share his concepts about music production, arrangements, and guitar playing. Now he has published 4 books and will keep writing and publishing.

Register For This Site